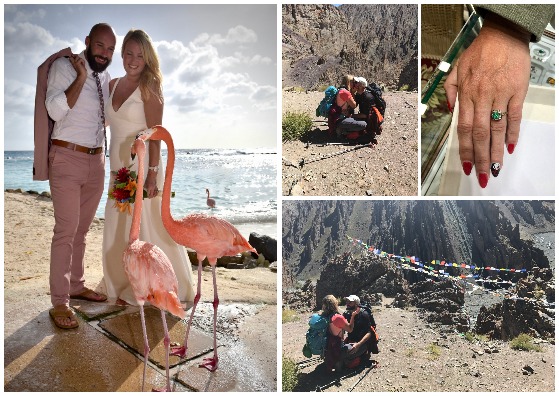 Whilst trekking across the Indian Himalayas with our friends, we came across the most spectacular high pass. Jamie called me over to him, got down on one knee and proposed. It was completely unexpected – I even asked him if he had altitude sickness, but he assured me that he didn’t! The rest of the team then gave us a guard of honour with their walking poles and we all headed back down to Leh where we picked out my beautiful engagement ring from a local jewellers.

When and where did you get married?

Jamie and I have an ongoing joke involving Flamingoes. Whilst walking off the mountain we decided that there was only one place we could get married – Flamingo Beach in Aruba. We were married on 17-09-18, almost exactly 12 months after he proposed on Stok Kangri.

Have you been on other adventures together since and if yes where/what?

Since becoming engaged Jamie and I have been to the Pyrenees, helping Rolfe out with a Winter Skills course, and we’ve been to Nepal with Marni to trek the Manaslu Circuit. We’re heading out to Nepal again this year to trek to EBC and we can’t wait to go! 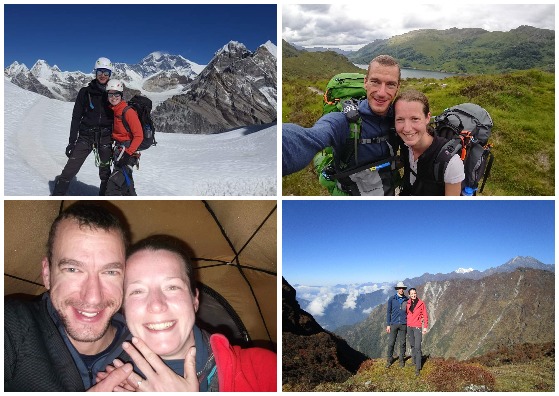 Sarah and John met in person for the first time on Hambledon Hill in Dorset. John sent Sarah an OS grid reference and a time, and amazingly she showed up!

On the trek from base camp up to high camp, I had started struggling with the altitude and kept on forgetting where I was, but I could at least remember that I had the ring in my pocket and was planning on proposing on the summit. At midnight, when we were woken up to head up to the summit I pulled the ring out of my pocket whilst Sarah was getting ready; she heard the rustling sound of the bag I had been carrying it in and asked “are you having a midnight snack?” just before I reached around to show her the ring! She said yes, and declared she didn’t want to go to the summit and leave me behind (given my state the previous day there was no way I was going any further), at which point I did what any decent fiancee would do and told her to go, kicked her out of the tent and promptly went back to sleep!

When and where did you get married?

We got married in the village we live in in Dorset in July 2019, exactly 9 months after he proposed. Some of our Mera mates were in the congregation.

Have you been on other adventures together since and if yes where/what?

We went to Borneo on honeymoon where we mixed it up with city, jungle and beach. And climbing Mt Kinabalu of course. None of our friends expected us to go on holiday and Not climb a mountain!! Next up is Kang Yatse – hopefully! 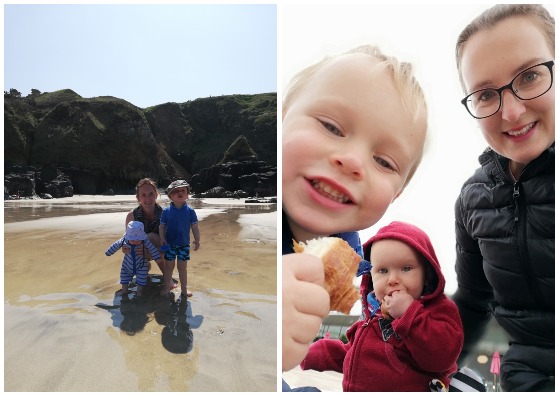 Rather long winded as had to climb two mountains in order to propose. The idea was that we would climb Kili together and I would propose at the top, but Claire broke her foot on a dance floor at a friends wedding and couldn’t make the trip. So ended up going up with a good friend John Farrington, who I ended up proposing to at the top of Kili whilst he was taking a video.  Which was a little odd proposing to a man and hugging him at the end… he never did give me an answer.  So then 6 months later, we planned another trip up Toubkal with a group of 5 friends including John and at the top I took Claire aside and replayed the video to her. Rest is history.