Sometimes you click with a mountain. Not exactly love but more of a feeling that the two of you are really going to have some fun times together. This instant attraction to our planet’s stone Hercules happened to me on a few occasions. At times I clicked with well-known superstars: The Matterhorn, Alpamayo, Ama Dablam and Mount Kenya, you know all those shapely ones that roar out from the ground and demand your immediate and unrivalled attention. 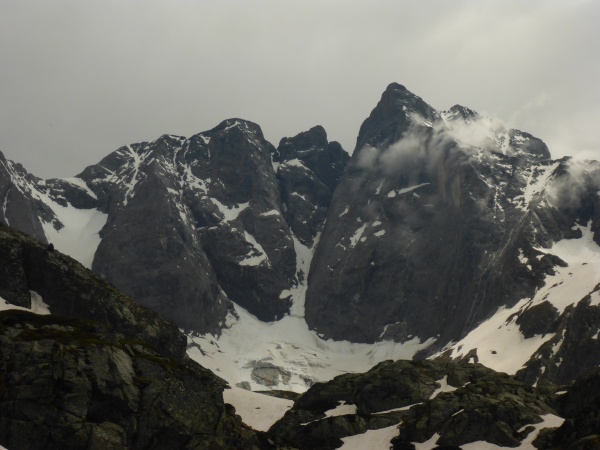 They were fun and offered huge rewards but at the same time felt a little over-played. More recently it’s been the secretive ones, those that intrigue in a way similar to that instant attraction you might feel for a stranger on a train. There is something about them that beckons endless possibilities and opens up a book of dreams. But unlike the strangers on the train, mountains never jump off at the next stop. They are always there ready to play. 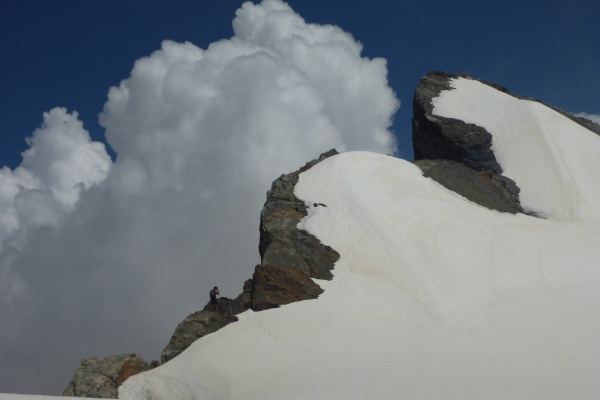 So my latest click is with this multi-faceted figure with some very contradictory characteristics called the Vignemale. It is the highest mountain in the French Pyrenees and not really known by many people. Perhaps it likes it that way but like the stranger on the train the more I saw of it the greater my intrigue grew. Firstly it presented its most impressive side to me. Its 800m vertical north face is the stuff aficionados of the vertical lie awake at night over. At least it did to me and it wasn’t long before I climbed it with my Canadian pal Ollie. Think endless limestone stretching into the sky, a grade TD route and no one else around to appreciate it! All the elements to keep an attraction fresh. 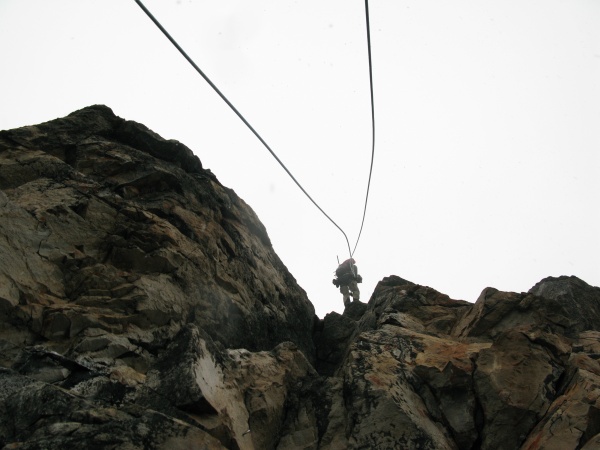 Then came the yearly visits. My usual winter mountain haunts began to revolve around the Vignemale. I humped in huge loads to its north face to spend a week or so at its base to ice-climb, conduct winter skills courses, to nip up more routes or to climb its little sister appropriately called the Petit Vignemale. At times it liked to play rough and tumble and throw snow and rocks at me. Other times I lost my connection with it altogether and fell hard onto the glacier below.

Then I saw its rear side and my fascination with it grew. This angle featured the “voie normal” a route graded F up a broad glacier and a 100 meter interesting scramble to top out on a picture book summit. I began climbing from this side too, with friends from France, England and the USA. Every trip as different as there are human moods. 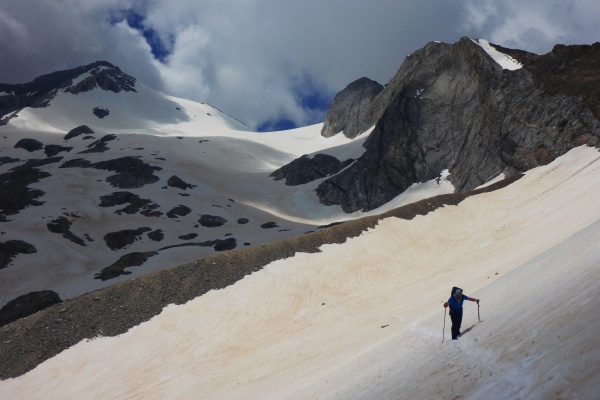 So imagine my chagrin when I discovered that someone had actually MARRIED the thing! It didn’t seem feasible but this dude named Henry Russell literally stole its virginity, fell in love with it and dragged a priest over to its flanks to get his instant attraction blessed! Then he spent 20 years living in caves on its flanks and poured out his passion for it by painting it, photographing it and writing eloquent poems about it. Who’d have thought that the stranger on the train could be the object of such attraction by someone else!

Still I return every year, my attraction only slightly ruffled, to tangle with its unpredictable nature and to relish a totally fresh mountain adventure.