If you’re a fan of the hiking in the hills or mountains, taking the next step into bigger mountains or winter climbing can be a daunting one. Quite rightly too – it can be dangerous without respect for how conditions can change and the knowledge to manage the risks. I joined 360 Expeditions leader and Everest summiteer, Rolfe Oostra and a group of fellow climbers and spent a week in the Pyrenees brushing up on expedition skills.

I had always been a keen hiker, I climbed a little and had some experience of UK winter climbing as well as some climbing in the Alps. The expedition skills course is aimed at those with a good level of fitness who wish to take their climbing to the next level. However, most skills are taught and you wouldn’t need to have prior technical experience – like using crampons, ropes & ice axes. For those with some experience, it’s a great refresher and allows you to hone your skills with a very experienced mountaineer. 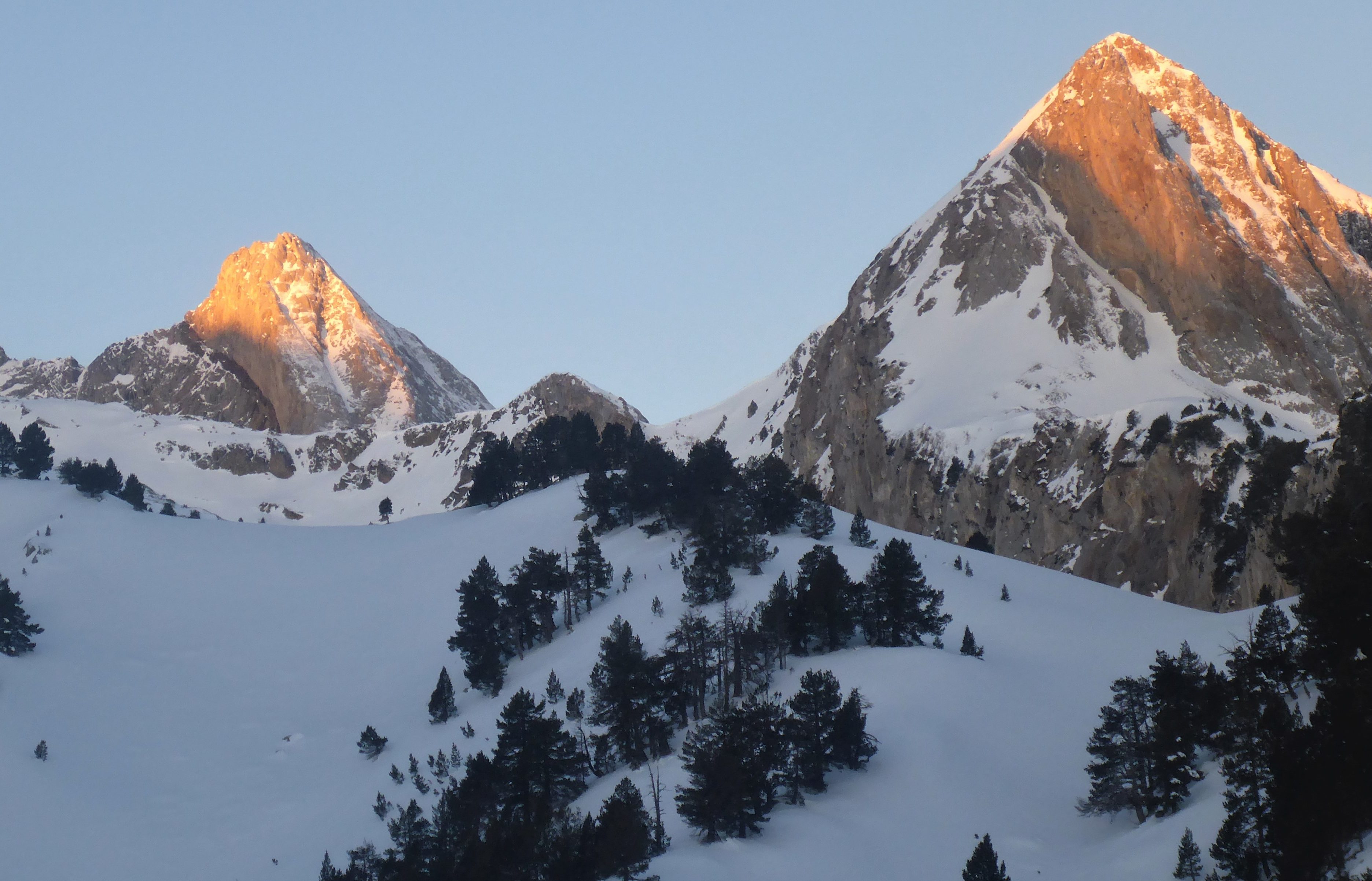 The week began at 360 Expeditions HQ and guest house in Luchon, a short drive south from Toulouse, France. After a good meal, kit check and briefing from Rolfe we got an early night to prepare for the week ahead. The following morning, we packed up and drove over the border into Northern Spain and parked up ready for the start in a small ski resort. Being January, it was busy but the sun was glorious and not too cold for the off. Being winter, the snow can be deep so we quickly fitted our snow shoes (provided by 360 Expeditions) and began our ascent to the Renclusa Refuge (2,140 m).

The afternoon and the following day was spent learning the bare essentials. This included learning how to arrest a fall with your ice-axe, dig a snow hole, read the conditions for avalanche risk, ascending a fixed line, abseiling and using crampons. These are all skills you would learn on most winter courses but as this was focused on expeditions skills, Rolfe talked us through other elements of camp preparation, using multi-fuel stoves and nutrition. This is perfect training for future trips in Europe or even expeditions in the Himalaya or South America.

We woke early on day four to climb the highest peak in the Pyrenees, Aneto (3404m). Starting out in snowshoes, we climbed towards a high ridge-line before swapping into crampons. Crossing the ridge we had our first view of the summit. Carefully traversing a steep glacier we took our first break surrounded by the stunning mountain range. The Pyrenees are truly magnificent and amazingly, so quiet. That day we only crossed paths with a couple of ski tourers!

The final push to the summit was tough. It’s steep and for safety reasons, we were roped together which brings challenges of its own. We made the summit as a group just before sunset. I cannot express the sense of achievement of standing on a peak that towers above everything else around you. The sun setting as we descended was stunning but this brought a new challenge, navigating back to the hut at night. With our head torches lighting the way, we slowly retraced our route back, eventually reaching the refuge after nearly fourteen hours on the mountain. We had a couple of beers, food and plenty of water before sleeping soundly!

The last couple of days were spent descending the rest of the mountain, ice-climbing and a well-deserved fondue and red wine in Luchon! 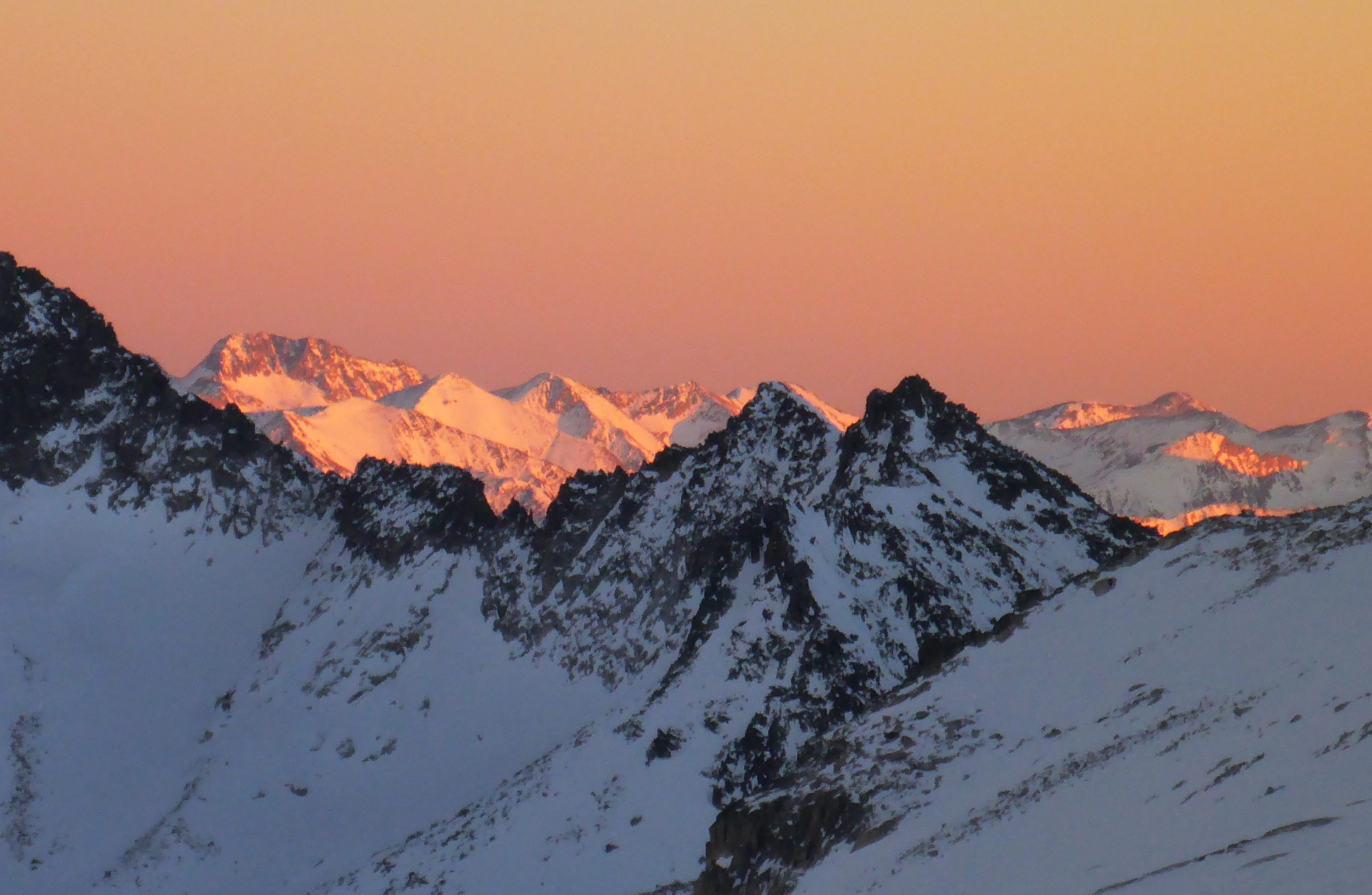