Undertaking a winter expedition skills course in the Pyrenees can throw up the odd surprise. This one proved no exception.

From climbing, snowshoeing, abseiling, glacier travel, crevasse rescue, avalanche assessment and response, self arrest, knots, rope work, mountain hut life and jumaring to digging a snow hole. Except for a summit of the highest mountain in the Spanish Pyrenees, Pico Aneto, we did it. 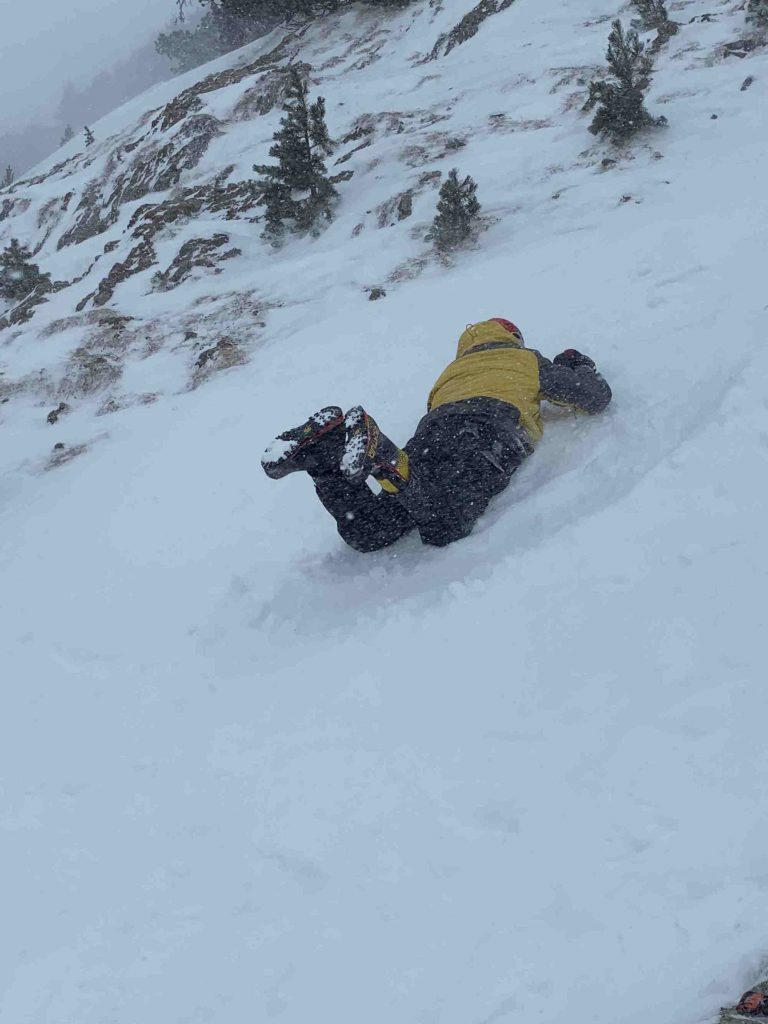 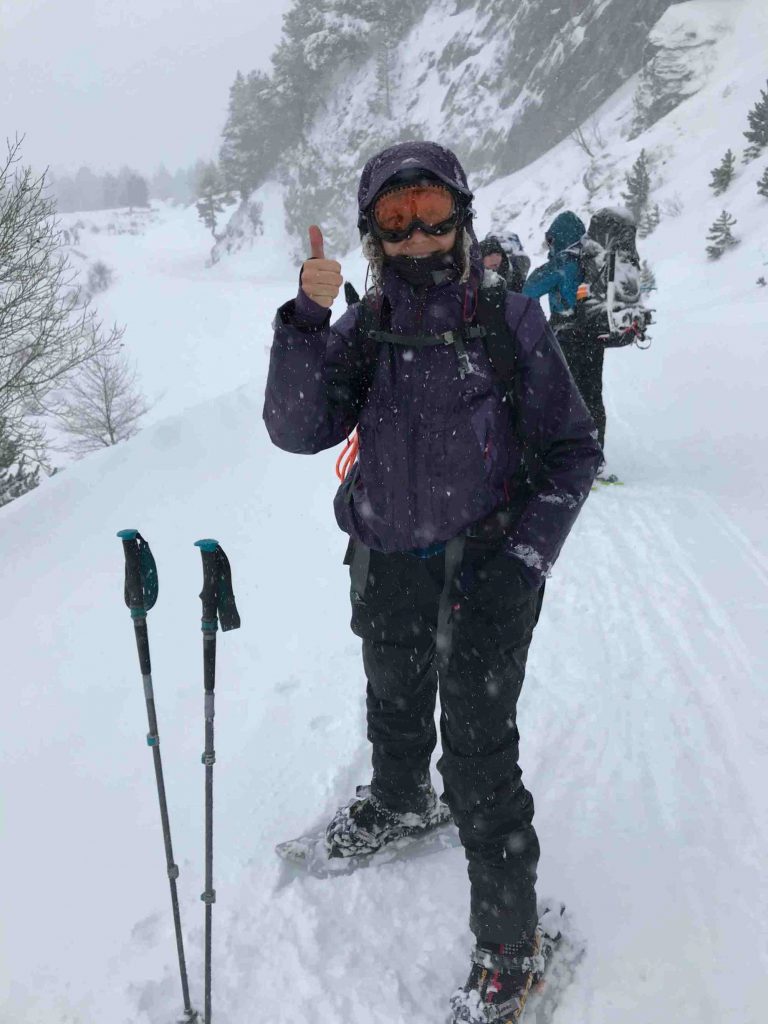 The weather forecast was looking reasonable. With our expert guides, we all set off for what was to prove an experience of our life. Anticipating around 3 hours to snow shoe up to the Refugio Renclusa (2,140m) from where we left our van, we took seven hours.

Finishing in the darkness, we fell into our hut somewhat weather beaten, but with spirits in tack. Along with freezing conditions, snow blowing from every conceivable angle you could imagine and a few ‘motivating’ words to the group – this all set the tone for the rest of the trip.

Mimicking expedition life, each of us carried around 15-18kg. This included all of our equipment and food required for the next five days on the mountain. It made for heavy going at times in breaking ground through the deep snow pack. Taking in turns to cook the meals in teams – well let’s just say the porridge was often of a standard found on most expeditions. That’s all I’m going to say about the cooking!

I don’t know about you, but being confined to a hut for a couple of days can drive people crazy. Especially very active ones. So, when our very experienced guides suggested we head outside in a blizzard in minus 23deg C temperatures for a short roped up walk, well, we all followed but with some trepidation. After all, we had all signed up for a winter expedition skills course – so bring it on. 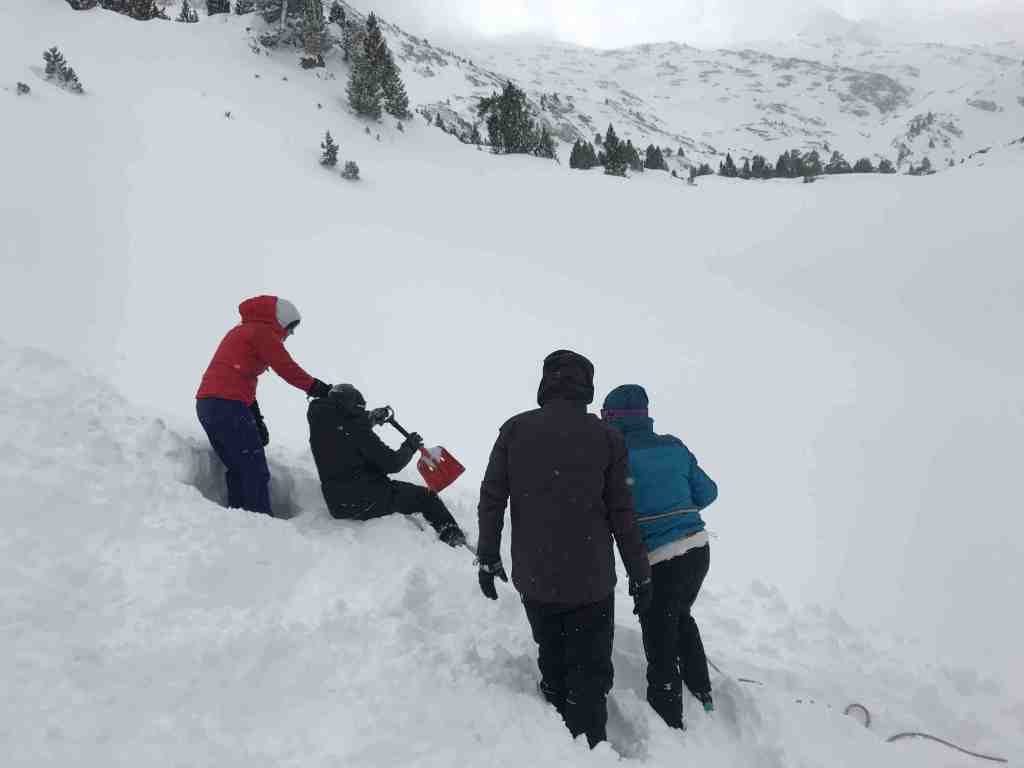 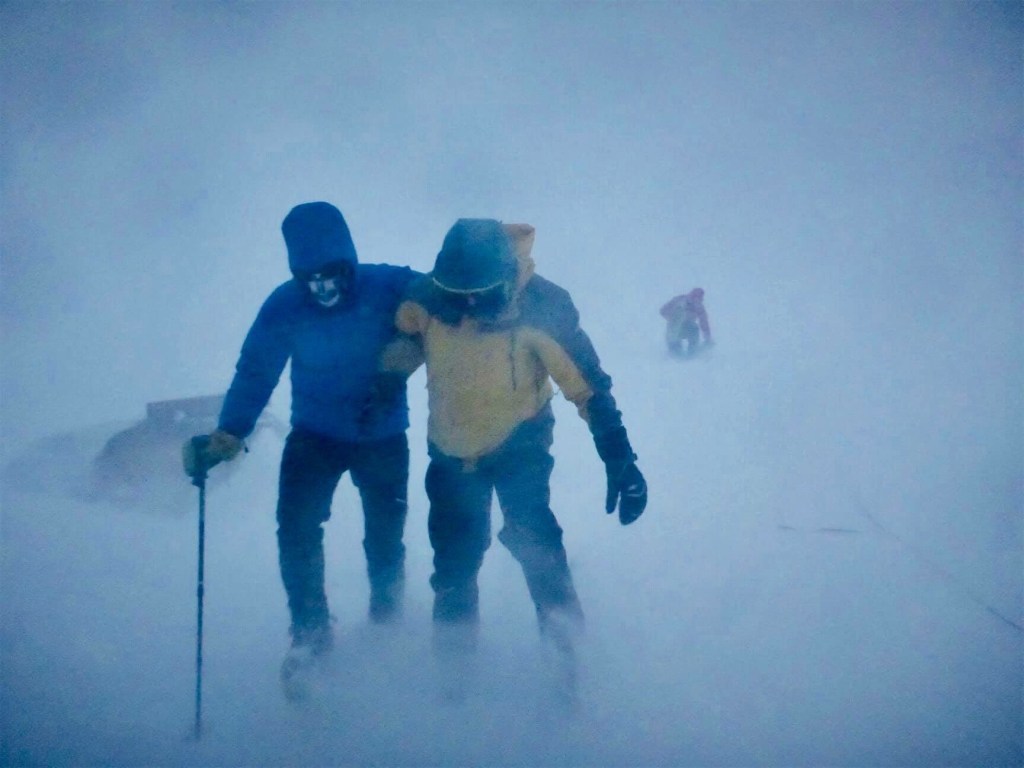 Over the next few days we practiced building snow anchors for varied terrain conditions, self arresting with an ice axe, digging a snow cave, climbing and abseiling skills and learning how to spot an avalanche risk area. As if to prove a point, there were avalanches setting off all around us. This was not surprising given the fact that overnight we had something like 2-3m of snow and lots of wind.

Teaching us the basics of expedition life and the skills gained, we had then planned to climb up to the summit of Pico Aneto. Pico Aneto is the highest mountain in the Pyrenees and Aragon, and Spain’s third-highest mountain, reaching a height of 3,404m.

Well, that was the plan until mother nature intervened again. With conditions never experienced before in these parts even by local standards, the forecast at the summit was 120 km/h winds and minus 42deg C. Wise heads prevailed and we decided along with our guides to exit stage right and head back down to the relatively safety of where we had left our van. Relative being the operative word as first of all we had to locate the van, then dig it out from the snow drift that it was buried under.

Now, we didn’t know it at the time, but the people in charge of the Refugio had been out filming this crazy international crew of ours. The footage even made it onto the Spanish TV news much to the delight of the local Spanish police that we bumped into, who knew more about us then we of them.

We capped off a great week by honing up on our rock climbing skills and crevasse rescue techniques on some local crags near Luchon, France. We may have gone away not knowing each other, but we all came back as friends and learnt a lot about our capabilities and working as a team.