Catching up with Julian Evans on completion of the amazing 7 Summits and Explorers’ Grand Slam!

“Life’s short. If you want to do it — make it happen, do not make excuses!”

Julian Evans is a British Adventurer, dedicated fundraiser and inspirational speaker, who has recently completed the ‘Explorer’s Grand Slam’, undertaking an arduous challenge of reaching both the North and South poles, as well as climbing the 7 highest summits on each of the world’s seven continents. An incredible achievement – huge congratulations to Julian! 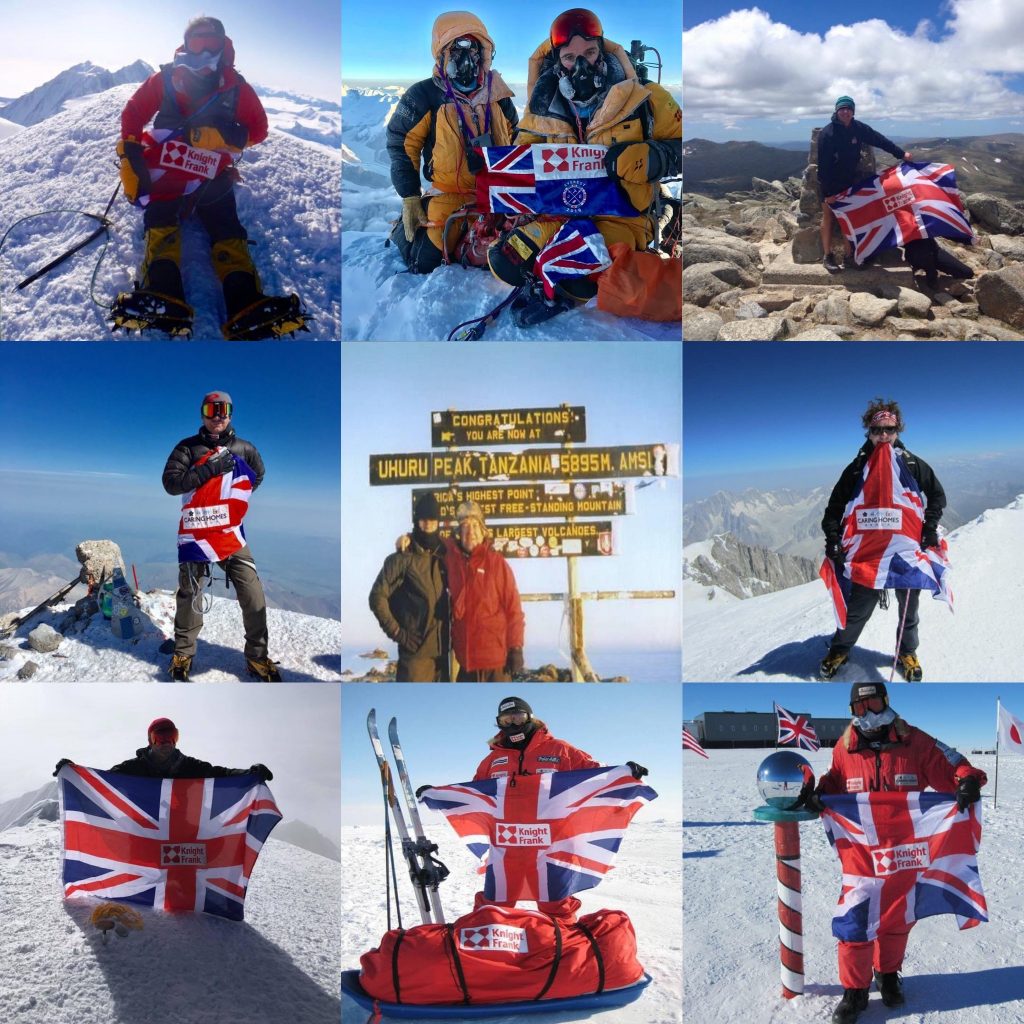 The last of the ‘7 Summits’, Aconcagua, was reached on the 12th of January 2022 with 360 Expeditions, a speed ascent that took just 14 days UK to UK! We caught up with Julian recently to hear some of his thoughts, having finally accomplished this extraordinary feat! 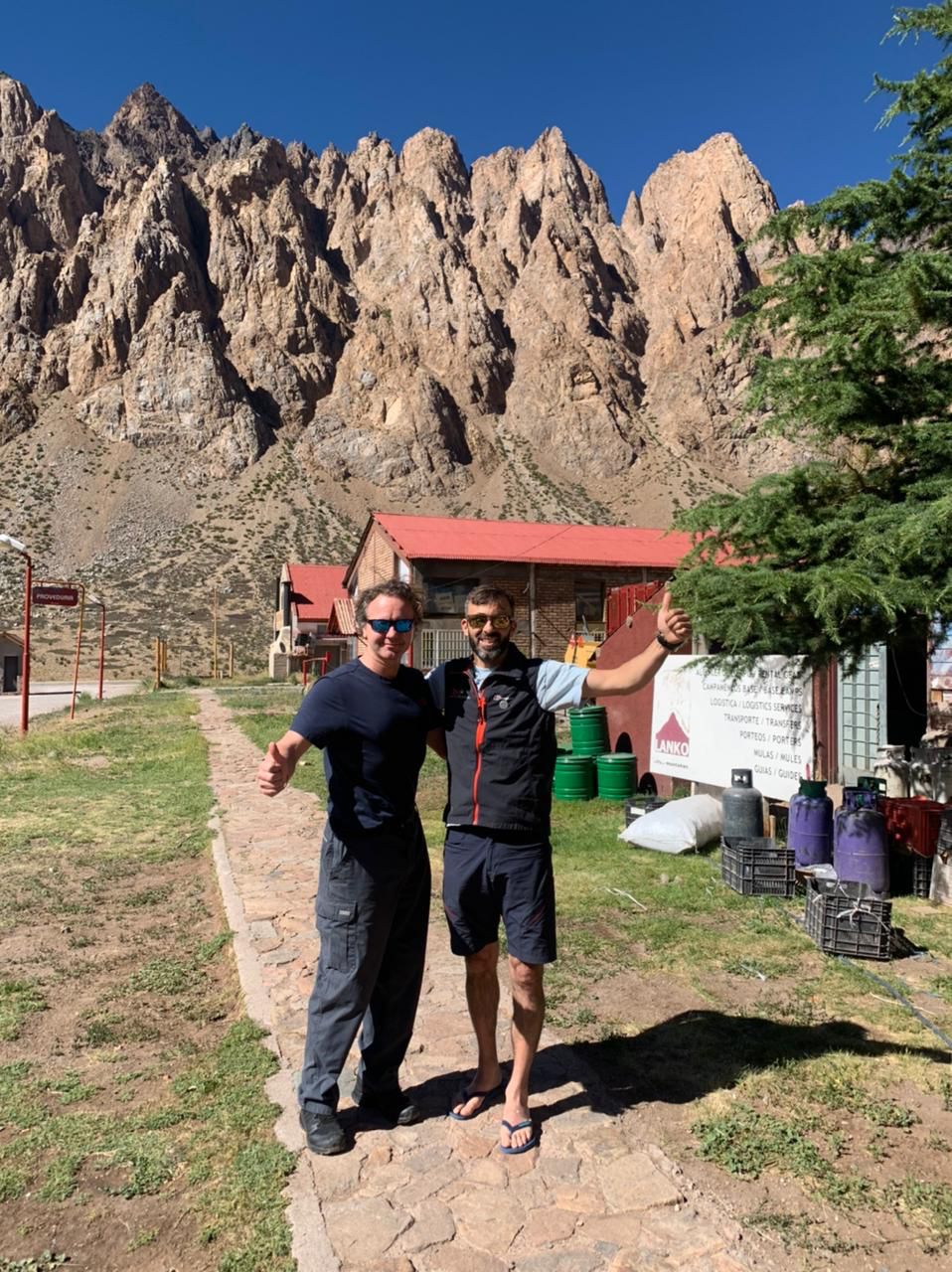 360: Julian – again, a HUGE congratulations! You clearly have a passion for the outdoors and exploration, how did this journey begin?

Julian: Believe it or not – with 360 Expeditions in 2004 when we climbed Kili with you. I summited with my father and even called Marni from the summit! How cool is that?! It definitely gave me the climbing bug!!

360: Only about 420 people worldwide have climbed all 7 summits, and less than 16 people, to our knowledge, have completed the Explorer’s Grand Slam! What inspired you to take on this highly impressive achievement?

Julian: David Hempleman-Adams was the first, and Hempie is a bit of a hero of mine, so that got me started.  But I raise sponsorship for a friend of mine who is paraplegic – Matt Hampson – and he is a massive inspiration for me, in this challenge, and in so many others.

360: You have finally ticked off Aconcagua! After 2 aborted attempts at the top, this successful summit means  you’ve now completed the Explorer’s Grand Slam! How was it, to stand on top, and know you’d made it?! 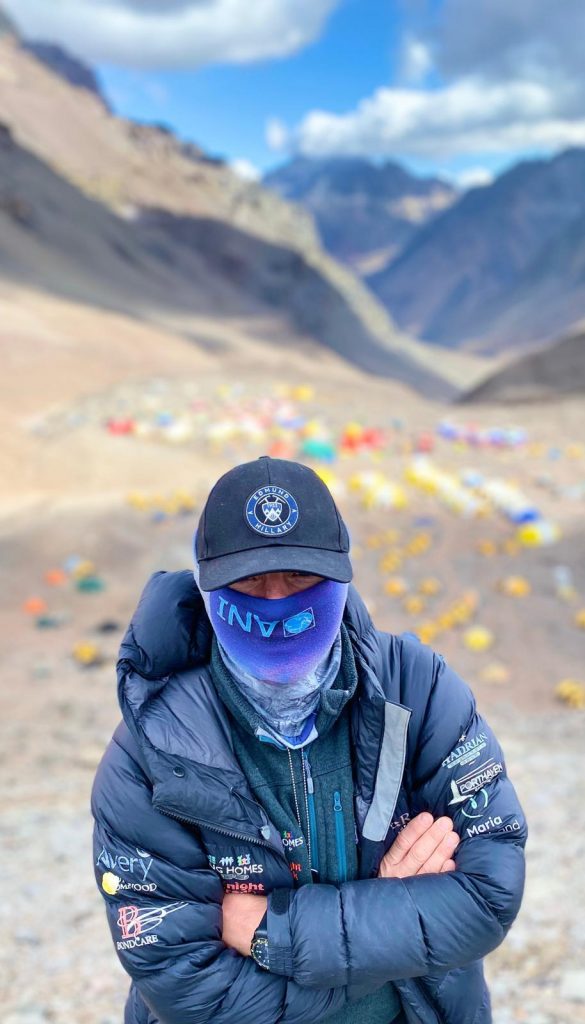 Julian: Frankly, a sense of relief. However, my guide, Gianni (a great friend of the owners of 360), called all the shots and was amazing in judgement. Without him – seriously – I wouldn’t have summited.

Julian: Not in my opinion. Funnily enough, Rolfe (360 Expeditions) was on the north side with me, performing heroics by literally saving lives on the same night I was on Everest in 2019. The storm that created such a small weather window on the mountain was unexpectedly brutal – however, despite that, Denali I think is tougher. It’s polar meets altitude – very committing. It might not be as high, but on Denali you load carry up, and pulk up to 75 kilos. It’s a very hands on expedition, in tough conditions. 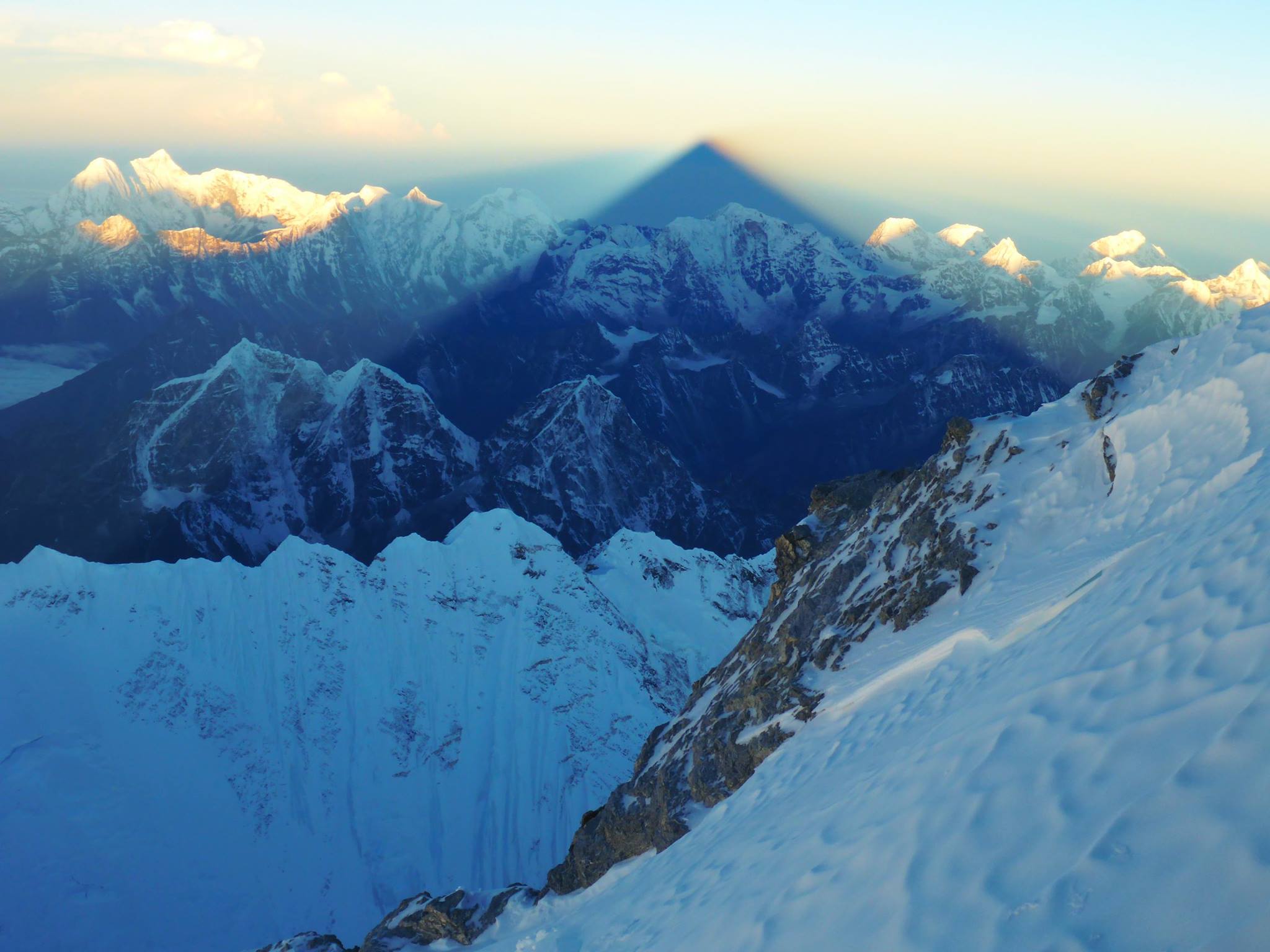 360: Raising funds and awareness for incredible charities has very much been part of the journey and your focus. Tell us a little more about this…

Julian: The Matt Hampson Foundation is very close to my heart. Matt sustained his life-changing injury in 2005, and the Foundation, in their own words, helps get people busy living again. The charity supports people with catastrophic sporting spinal injuries – whether it’s helping them get back into sport, or supporting them in adapting to their new life, and I’m passionate in raising awareness and sponsorship for them. In the aftermath of an incident which leads to a life-changing injury, many people and their families feel isolated, with an overwhelming sense of loss for what has been taken away from them. I want to help change that perspective.

360: When traveling the world, I’m sure you’ve often been confronted with the most bizarre situations or food! What has been one of the most memorable moments that you look back on fondly but possibly not quite so in the situ!?

Julian: Well a polar bear attack wasn’t the best, and Everest 2019, the second deadliest season since 1996, will stay in my memories for a long while! But, each of these moments gets us to where we are, and I’ve been incredibly lucky to have all of the moments, for whatever reason they became so memorable!

360: On the flip side, what has been your most challenging moment?

Julian: Actually raising sponsorship. Each expedition takes so much planning – probably 12 to 18 months. Once you get on the expedition itself there’s almost a sense of relief that all the logistics, support and work have culminated in something, and you’re finally ready to get started.

360: And, of course we have to ask – what has been your favourite summit/moment??

Julian: Oh, Everest. She’s special. The Tibetan and Nepalese people are so wonderful. Lhakpa, my guide, was truly amazing. The whole combination was a privilege. 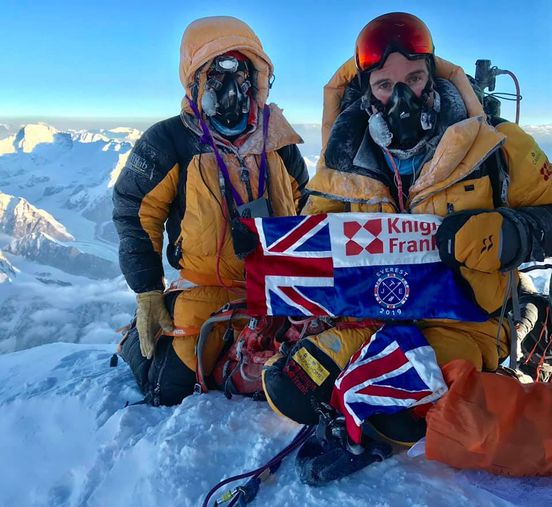 360: Many people will read this and think “I would love to do this too”… do you have any tips on how to get started?

Julian: Yes. Be committed. Tenacity and focus will make it happen! Don’t skimp on guides and logistics, it’s all the little extras that make a trek or climb what it is, and the guides can make your whole expedition.

360:And once someone’s started on the path to their chosen summit, have you got any top tips?!

Due diligence and preparation are critical. It always improves your summit success.

360: Talking of packing…we all have that one little luxury, but often vital, treat we like to take. What’s yours?

We know everyone gets asked this, but do you have a plan for what’s next?!

Julian: A relaxing holiday to the Maldives perhaps?! But really, two more polar trips I think – and I’d love to climb Everest from the south. Oh, row the Atlantic. Join me!!