Khumbu 3 Peaks…and the expedition of a lifetime

This time 6 weeks ago, Rolfe dusted off his old kit bag (which hadn’t seen the light of day since the pandemic started!) and stuffed it full of climbing kit.

By this time next year, Tim will be a Royal Marine. His life will have become a regimented ‘ Yes Sir , No Sir, three bags full Sir!’, the people around him will not only dress the same, act the same but think the same…
So, I am thrilled that Tim took the opportunity to meet some folk who are very different from his future brethren in the armed forces by joining me in an expedition to Nepal. People don’t come much different to Tim’s way of life than those who live in the Himalaya.

As a 19-year-old Tim’s life is absolutely normal. He works in a pub pulling pints, he has a cute girlfriend, loving supportive parents and he gets a kick from hanging out with his mates. He keeps fit by going to the gym and playing football. He is permanently connected to the internet and would be lost without his iPhone.
To break away from this world of security and comfort takes considerable courage and is a tad unusual for someone so young, but this is indeed what Tim did when he joined me on an expedition to attempt not one, but three 6,000-meter-high mountains in one continuous push.

It took us only 18 days after leaving the city of Kathmandu to not only achieve our goal but a lot more besides; we climbed 3 x 6000-meter peaks, crossed 3 high-altitude passes (one nearly as high as Kilimanjaro!), sat out a blizzard and trekked to the basecamp of Mount Everest. Not bad for a 19 year old…

Of course, Tim didn’t do it solo; coming from the world he inhabits he would not know where to begin when it comes to Himalayan climbing. To achieve what we did we needed the help of high mountain professionals; folk who I have known for several decades and folk who have become great friends. The most impressive of the people who helped us on this expedition was Jirry. 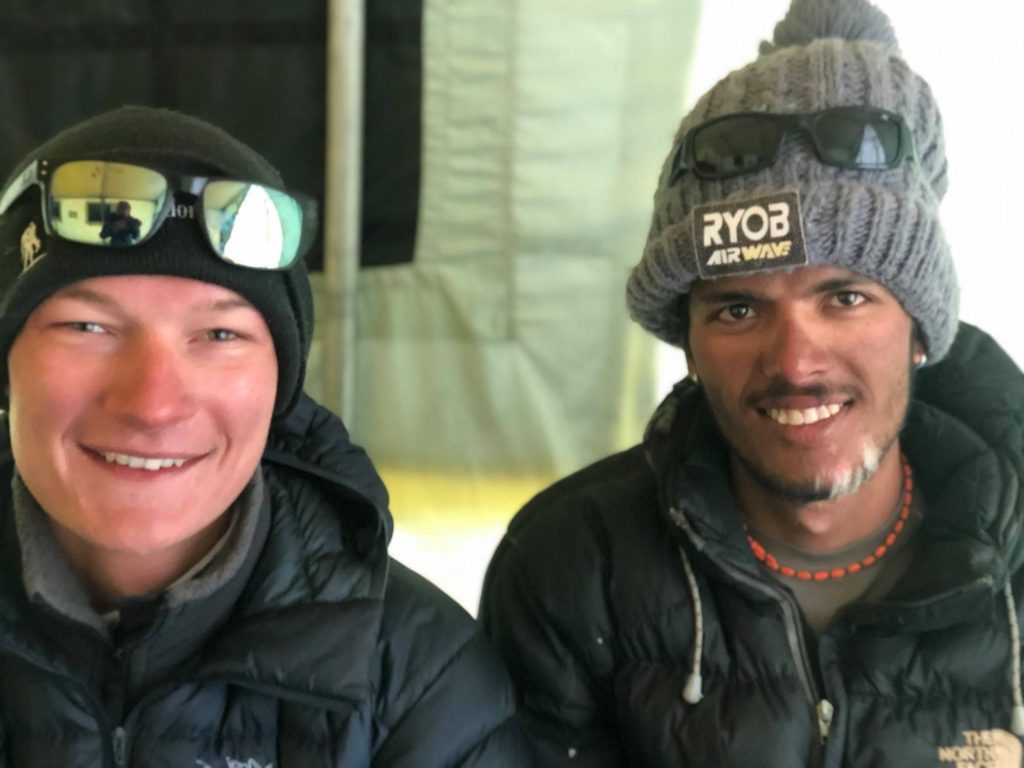 Jirry loves to sing and dance and spends a lot of time looking in a mirror to see if his hair is straight. Jirry is, after all, only a year older than Tim. Jirry, when he is not in the mountains works from dawn to dusk on a Kathmandu construction site for which he gets paid six pounds and a bowl of rice. He doesn’t like his job, but he has no choice but to turn up before sunrise and do what’s required to stay alive. Day after day.

Jirry becomes a totally different beast when he scores a job working as a porter on an expedition. Here he is all ear-to-ear grins and continuously laughs out loud. Tim’s first impression of Jirry was one of awe; “I can’t believe he is going to carry all that!”… And indeed, it was hard to imagine how Jirry was going to carry the 60 kg of expedition equipment for three weeks over the incredibly rough and complex alpine terrain that awaited us. Still, without a care, Jirry loaded it all onto his skeletal frame and began his own personal battle against steep high passes, long days and cold sh*tty weather.

Working with countless men like Jirry over the years has not diminished my respect for them one single digit; I compare their lives to the Western climbers who have all the benefits of our modern world yet often struggle to cope with the demands of everyday expedition reality. People who are buffed up, fine-tuned, well-fed and medicated; the epitome of a mountain athlete, have nothing on Jirry, no matter how much iron they pump.

Jirry’s average day in the mountains is not one of inspirational quotes, pretty sunsets and fist bumps on a mountain summit. It is brutal. A typical days work consists of at least 1,200 meters of ascent and descent, the majority of the time at altitudes over 4,000 meters. He still works from dusk till dawn but unlike the hot and dusty Kathmandu construction site his mountain surroundings are snow and ice, mud or jagged rocks, headache-inducing passes or dripping wet rainforest. He staggers on for hour after hour, lugging an enormous load, with nothing much to look forward to at the end of the day; a porter’s usual accommodation on a gig like this is a drafty, unheated shack with a hard wooden bed, while food is a bowl of rice. Jirry’s personal belongings were ridiculously inadequate when he pitched up for work. He had no sleeping bag, his down jacket had an arm missing and leaked feathers, his shoes were worn and sported several bare toes. He had no base layers and his sunglasses were cracked. Still, Jirry had a killer smile and was all beans. I offered to get another porter to help carry the loads but he insisted he was up to the task alone. After fitting him out with some proper kit, we loaded our own ridiculously light rucksacks and began our journey.

By joining this expedition to the Himalaya, Tim was introduced to a world he himself says he could never have imagined. It seemed that climbing a mountain here is a lot more than just climbing up and coming back down. By taking that first step to our mountain’s summit, Tim had not only entered a world of utterly different landscapes, cultures and lives but had met individuals like Jirry who, despite the language barrier and the vast gulf of their respective upbringing, quickly became a friend. 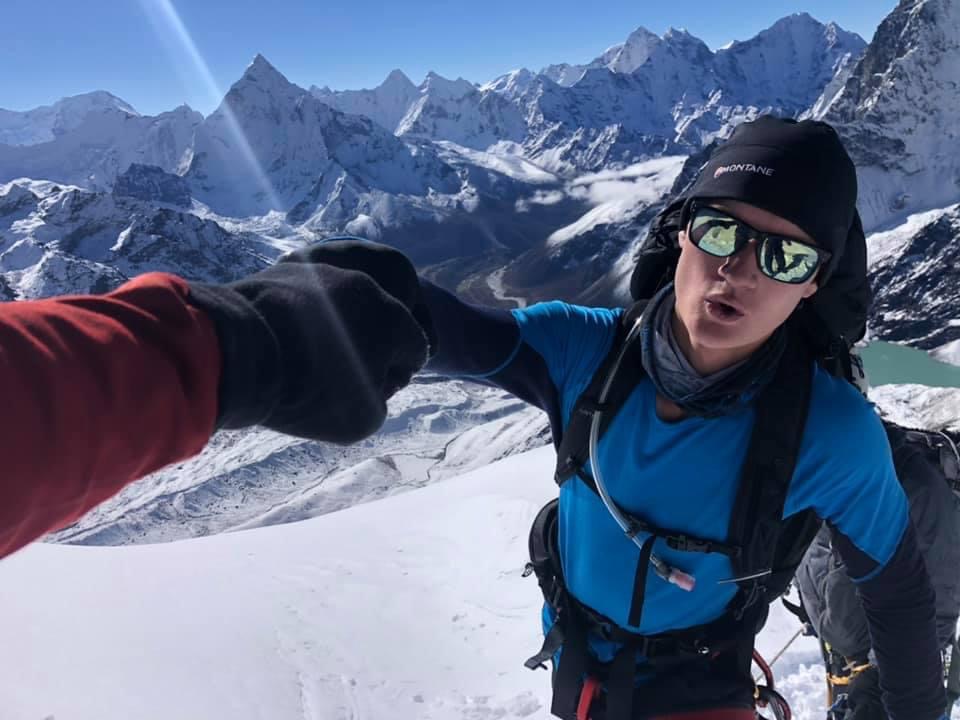 How you perceive your immediate world is directly related to the people you meet; on an expedition like ours understanding, empathy and appreciation grow not only from comparing our own lives to one’s like Jirry but to practically everyone we met along the way. There was Pemba, my comrade from Mount Everest and Cho Oyu who proved yet again how powerful, humble and incredibly resourceful the Sherpa people are. There was that dude carrying a fridge on his head in Kathmandu. The Sherpani who rustled up a fantastic meal over an open fire, the folk burying their dead on a funeral pyre in Kathmandu, the old man with whom we shared yak butter tea, the singing taxi driver who got us lost, the old lady who told us stories of her life in a Buddhist monastery and how she had known all the climbing greats… 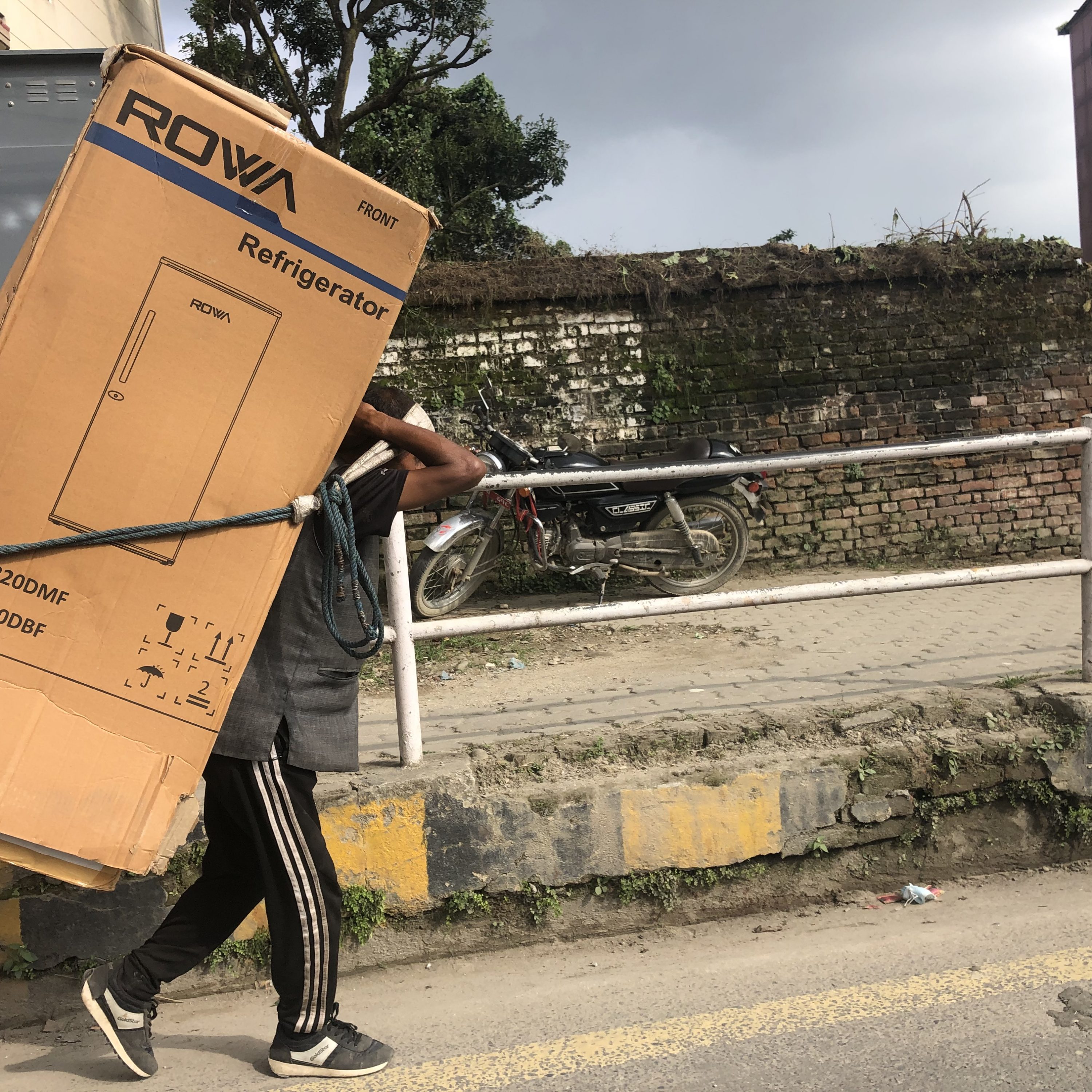 Travel broadens our mind.
Variety is the spice of life.
And climbing mountains teaches us not only where our limits lay but also who we really are..

For me, the most interesting question which arose from this expedition is not whether Tim is ready for the Royal Marines, but whether the Royal Marines are ready for Tim. Not only has he proven his strength and ability to cope with harsh alpine terrain, but also his willingness to become friends with folk from an entire different station in life than his own.

Dude, it was a pleasure to share a rope with you! I hope that soon we’ll get the chance again to climb another monster mountain together! In the meantime, I hope Nepal, its people, its customs, its religions and its jaw dropping landscapes have made a good impression on you. One that you will cherish for a long time to come… 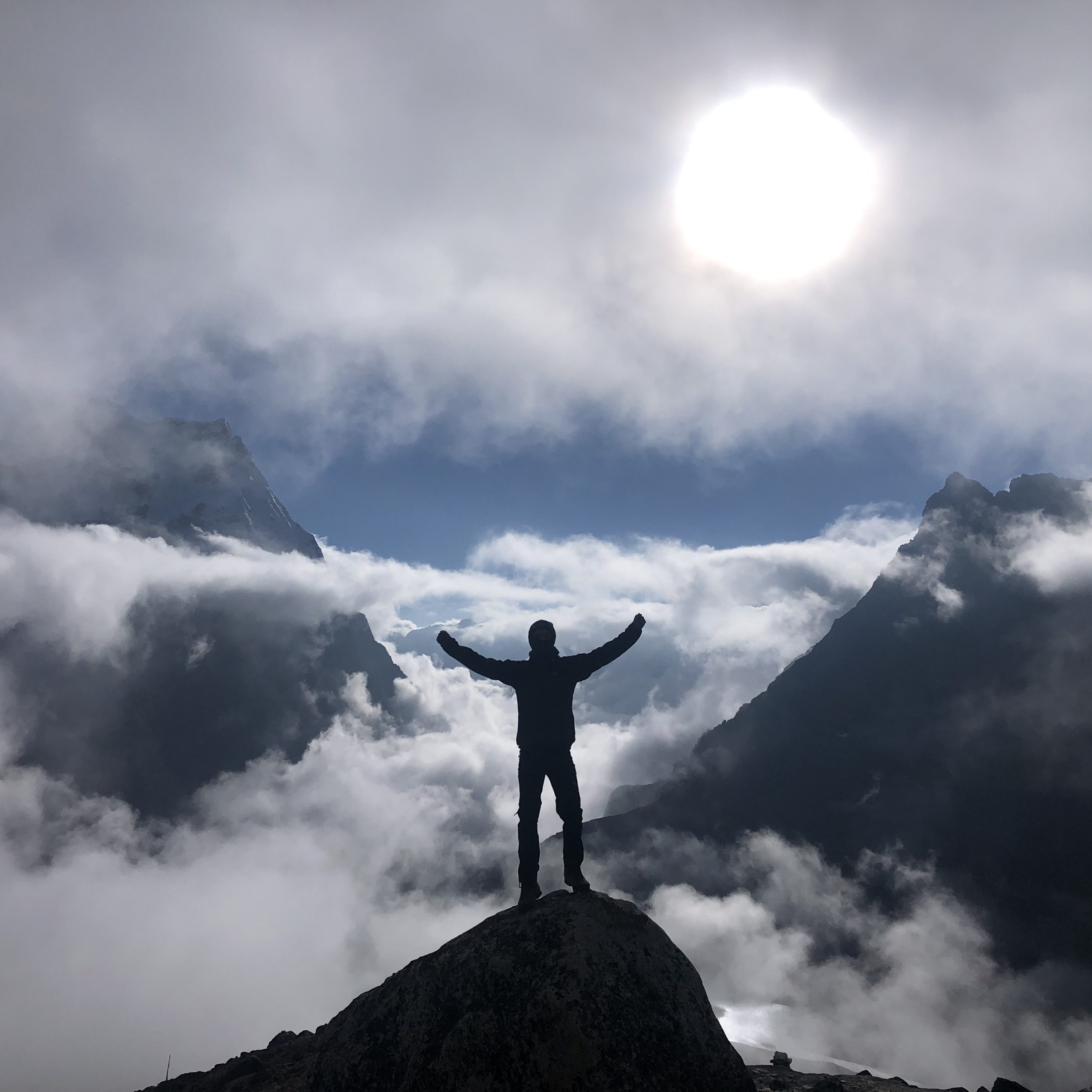