Journey of a lifetime- Kieran’s climb to Mt Kenya

A Limavady man who knows how “every little helps” has returned from a fundraising “journey of a lifetime” in Africa.  Kieran McCartney, 34, a general assistant with Tesco, climbed Mount Kenya to summit Point Lenana to raise money for Tesco’s Partnership charity Cancer Research UK. 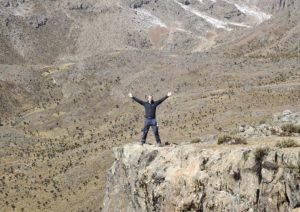 “I signed up to the Mt Kenya trek for Cancer Research UK because I wanted to take on a physical challenge while raising money for the world’s leading charity dedicated to beating cancer through research,” said Kieran. “I have had both family and friends affected by cancer, and I wanted to give something back to the invaluable research that the charity does into cancer prevention and cure.” 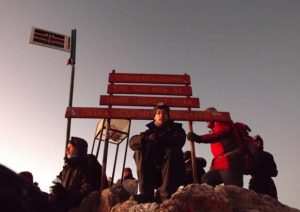 ”To date I’ve have raised over £4,000 for Cancer Research UK with some brilliant support from Tesco customers and a special thanks to Nspire Fitness, Limavady for both their sponsorship and helping me to prepare for the challenge. Finally, I owe a debt of gratitude to my twin brother, Sean McCartney whom without all his support and fundraising efforts this wouldn’t have been possible.”

Kieran says during the expedition he saw “a spectacular diverse range of habitat, geography and wildlife, coupled with the tough challenge of the terrain akin to the set of Jurassic Park”.
Kieran was joined by 16 other member of Tesco staff from different stores, head office and distribution centres around the UK. Together they were aiming to raise over £30,000 and contribute to the fundraising target that Tesco staff across the country are working towards for Diabetes UK, Tesco’s National Charity Partner and Cancer Research UK.

Kieran is no stranger to fundraising and, over the last four years, he has raised more than £20,000 for Tesco Partnership Charities, namely Alzheimer’s Society, Cancer Research UK and Diabetes UK.