My first 8,000-metre peak was the mighty Manaslu, the 8th highest in the world and boy did we have a ball! But it was more surprising than I thought.

When committing yourself to climbing an 8,000-metre mountain the thought of the summit day dominates most of your waking hours. The thought that you are edging closer and closer to the notorious death-zone, a place not meant for humans. Thoughts of mind-numbingly freezing conditions, risk of avalanches and gaping crevasses play on your mind and the stories become vivid and real.

So imagine my surprise when walking towards the basecamp of Manaslu that my thoughts turned to the opposite zone. The life-zone. 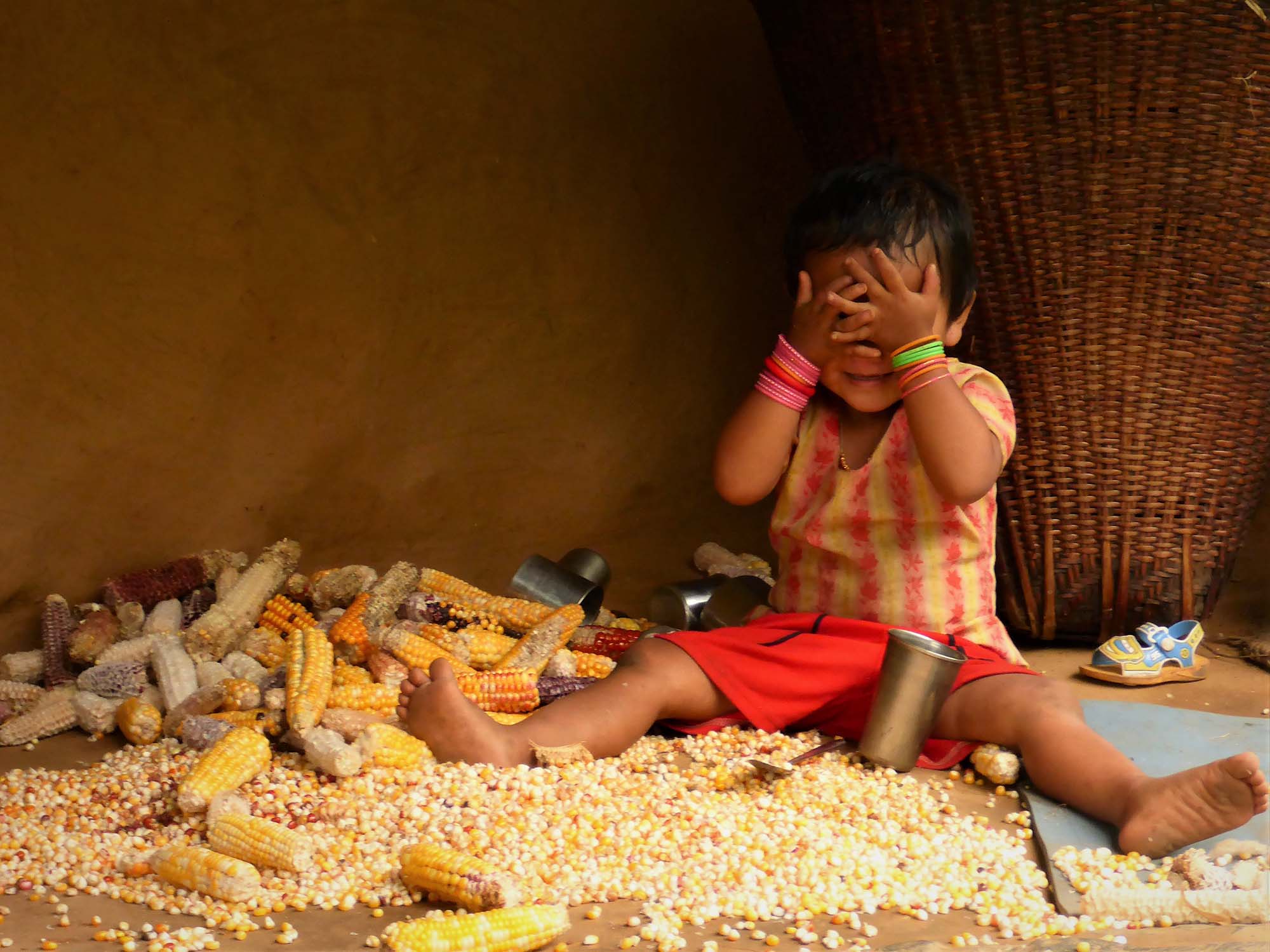 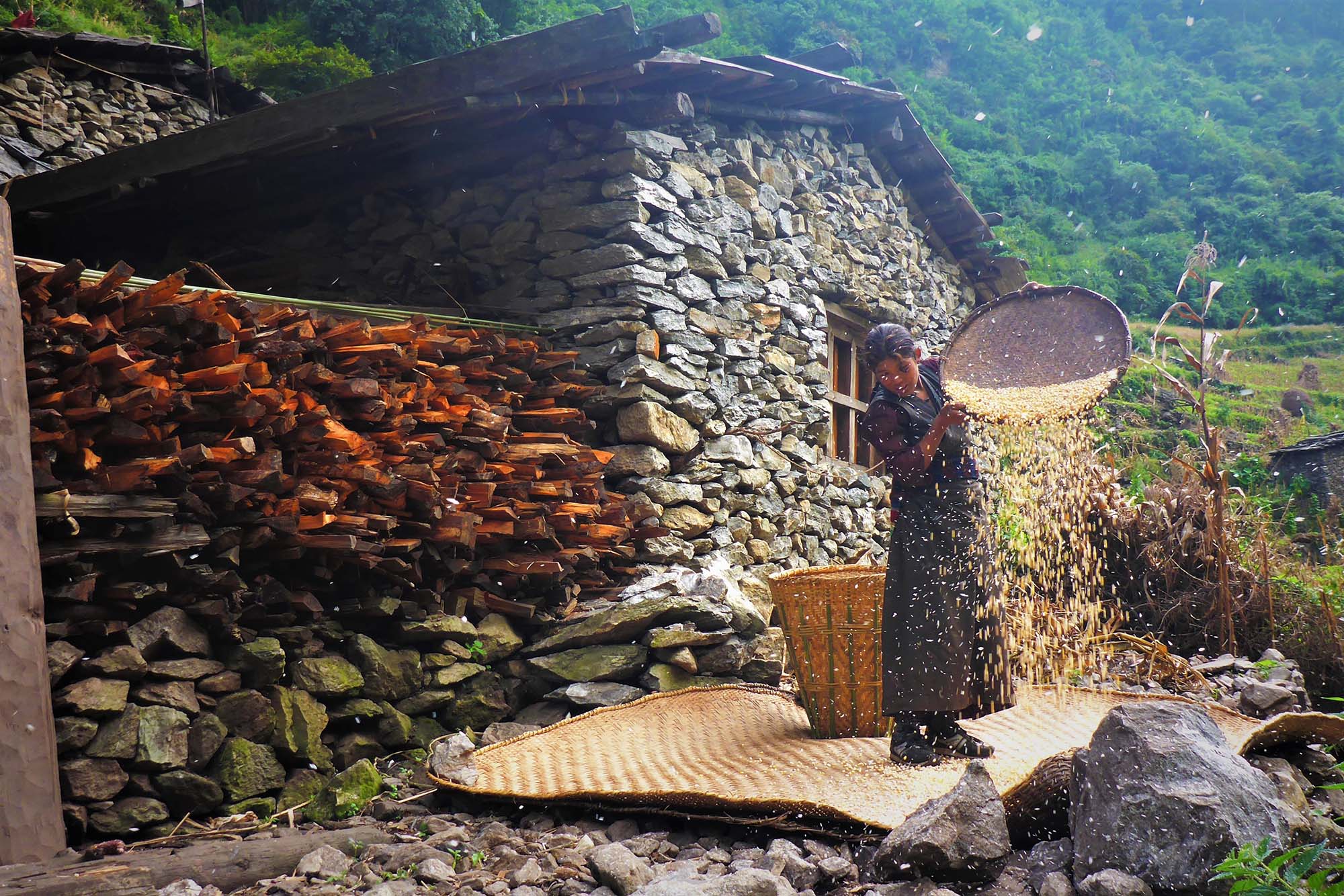 Life was hard to escape, difficult to ignore and impossible not to be entranced by. You see and feel this vibrant energy of life everywhere and it comes in an amazing abundance and variety. In fact, I was so loving this low-level jungle trek with all the variation it offered that I totally forgot about the realities of mountaineering and became instead fascinated by the day-to-day happenings of the everyday. The culture, people, the interactions, the old trade route history that is still evident today and just a very different Nepal to that I had come to love and know. It was new, hot, oddly calming and very beautiful. 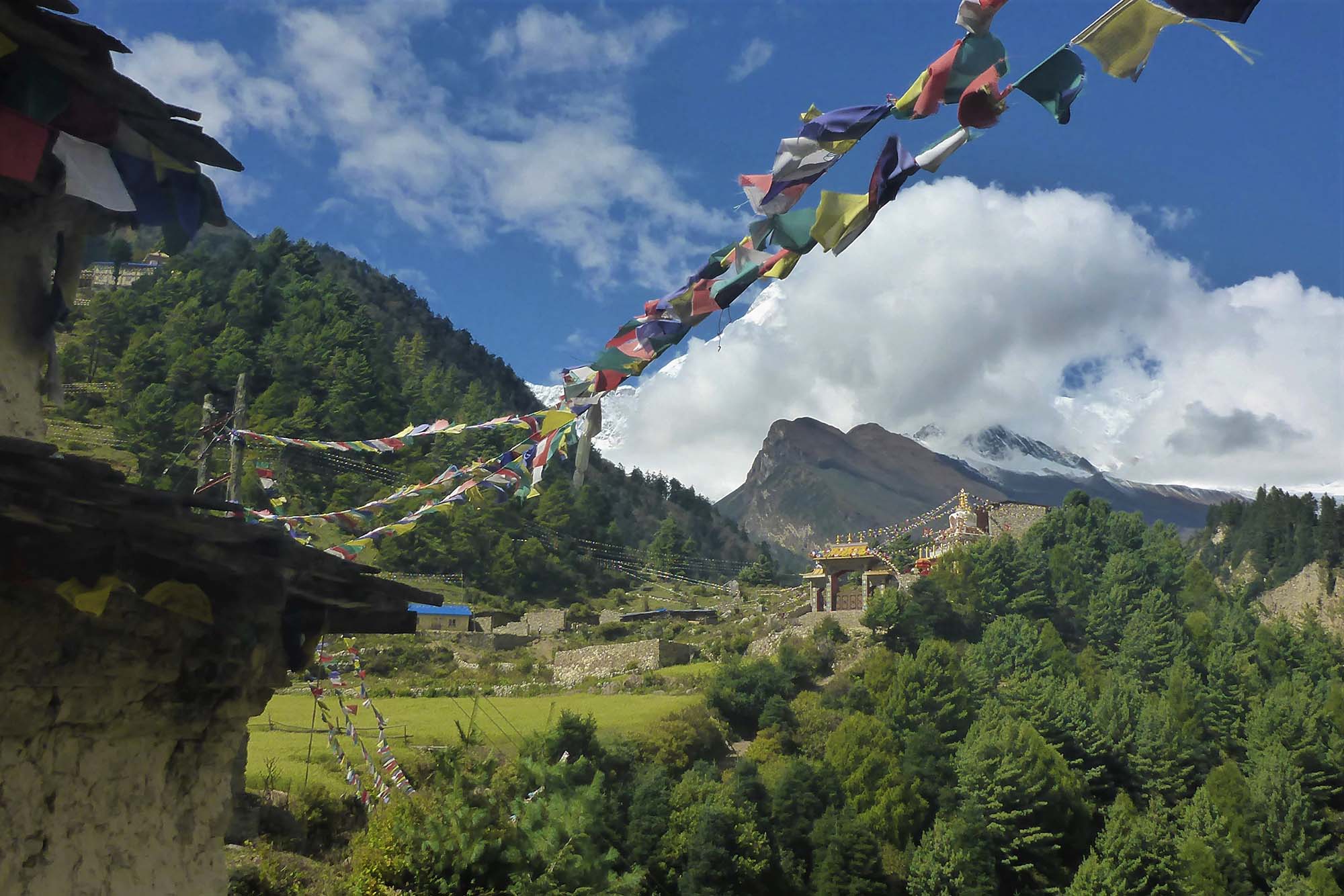 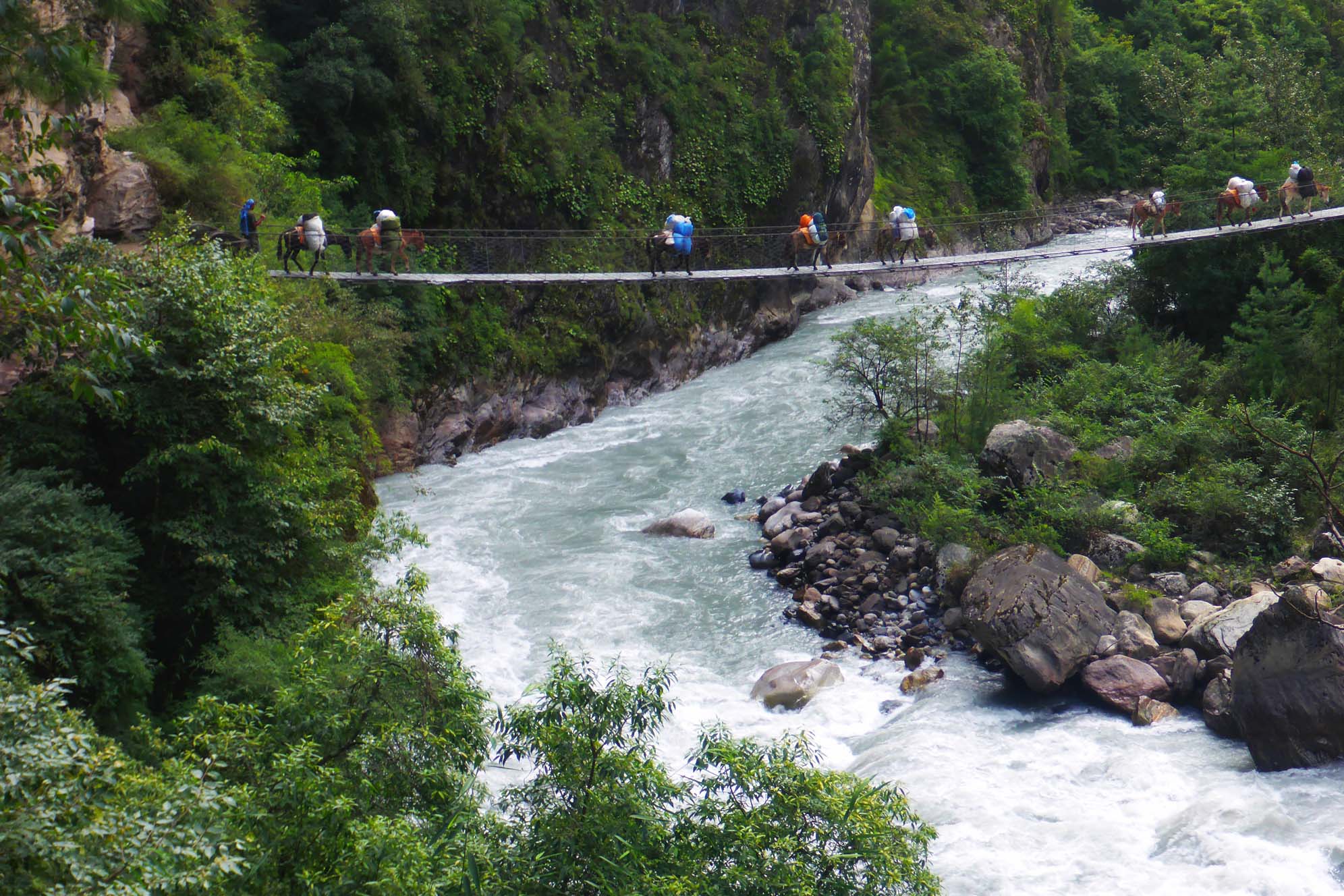 We started in the relaxed villages of the Ghurka or Gurung people at only 710 metres. The lowest I think I have ever been in Nepal. We were in the depths of hot tropical forests fringed with lush green paddy fields and where colourful traditionally dressed locals brought even more life to the already lively landscapes that seem to have changed little since the beginning of time.

For the initial few days we were surrounded by the steep jungle clad walls over which countless waterfalls plunged with fierce power. This forest is not only home to the Gurung but also red-panda, leopards, bears, macaque monkeys, pikas and pine-martins. It is not unusual to see some of the latter animals as you begin your trek through the quiet early morning forest or as the day settles into late afternoon. What enthralled us climbers the most was the meeting of the humble and welcoming people who thrive in this remote setting where modern appliances such as cars and power-tools do not exist. To build a house every single brick, window, nail or tile has to be carried in and is constructed on the spot by skilful artisans.

To be part of this cheerful, welcoming community which has yet to be westernized, even if only for a brief time is a real privilege. 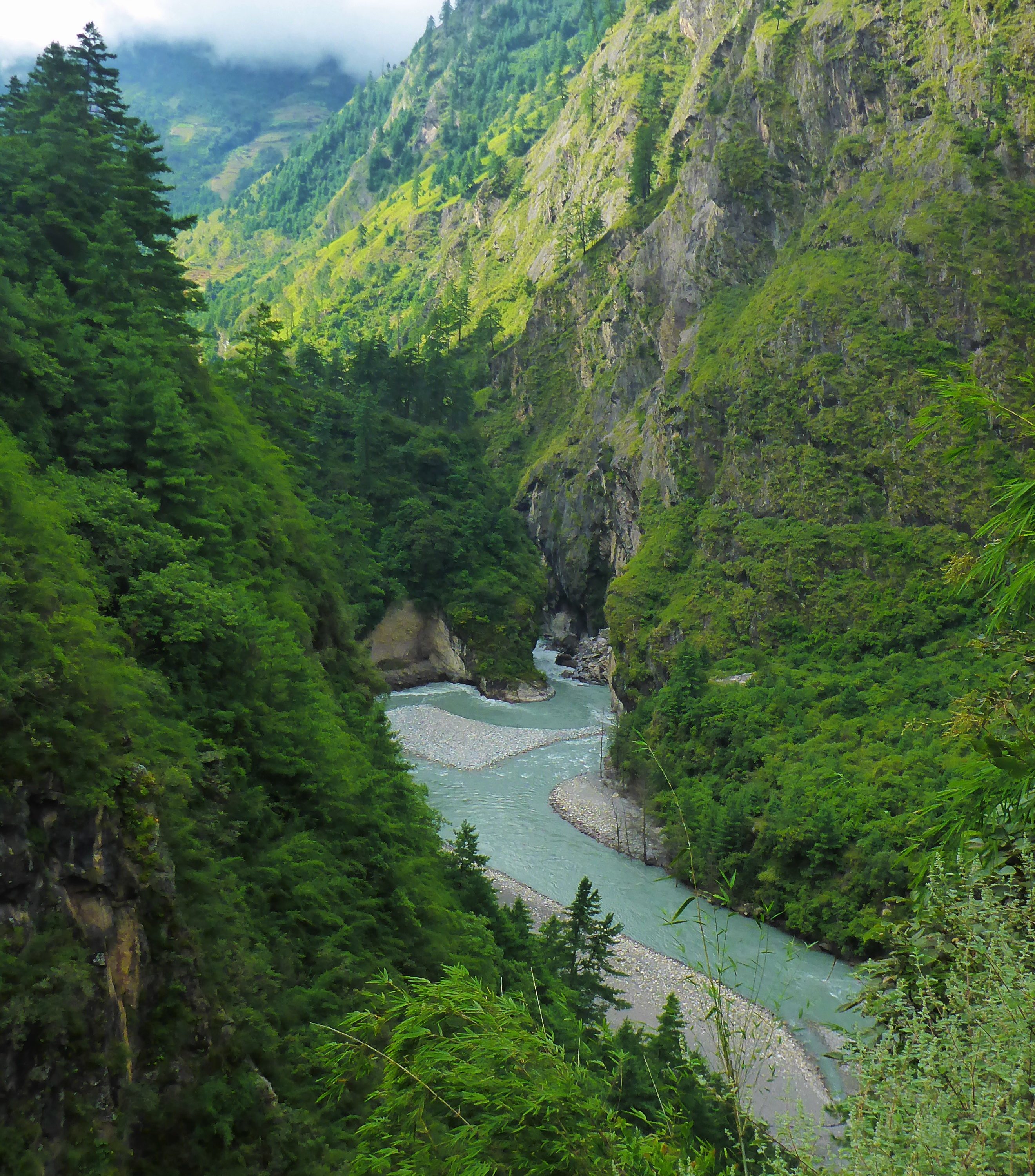 As you trek higher and leave the forest the views open up to include many incredibly shaped mountains. The true titan amongst them, Manaslu with its unique double summit is an unforgettable sight. Now a familiar feeling of Himalayan trekking seeps into the experience as prayer flags, spectacularly located monasteries and high mountain passes begin to appear.

This trek surpassed my expectations. A trek that I had given very little thought too, seeing it only as a necessity for our planned 8,000m climb, but it was the trek that offered me the most enrichening memories. The contrast and immense variety of life which you encounter each day is simply a joy to behold. For me to step into that world of snow and ice and further into the death-zone after having experienced this seemed almost a crime but it sure added a fantastic dimension to a brilliant expedition. 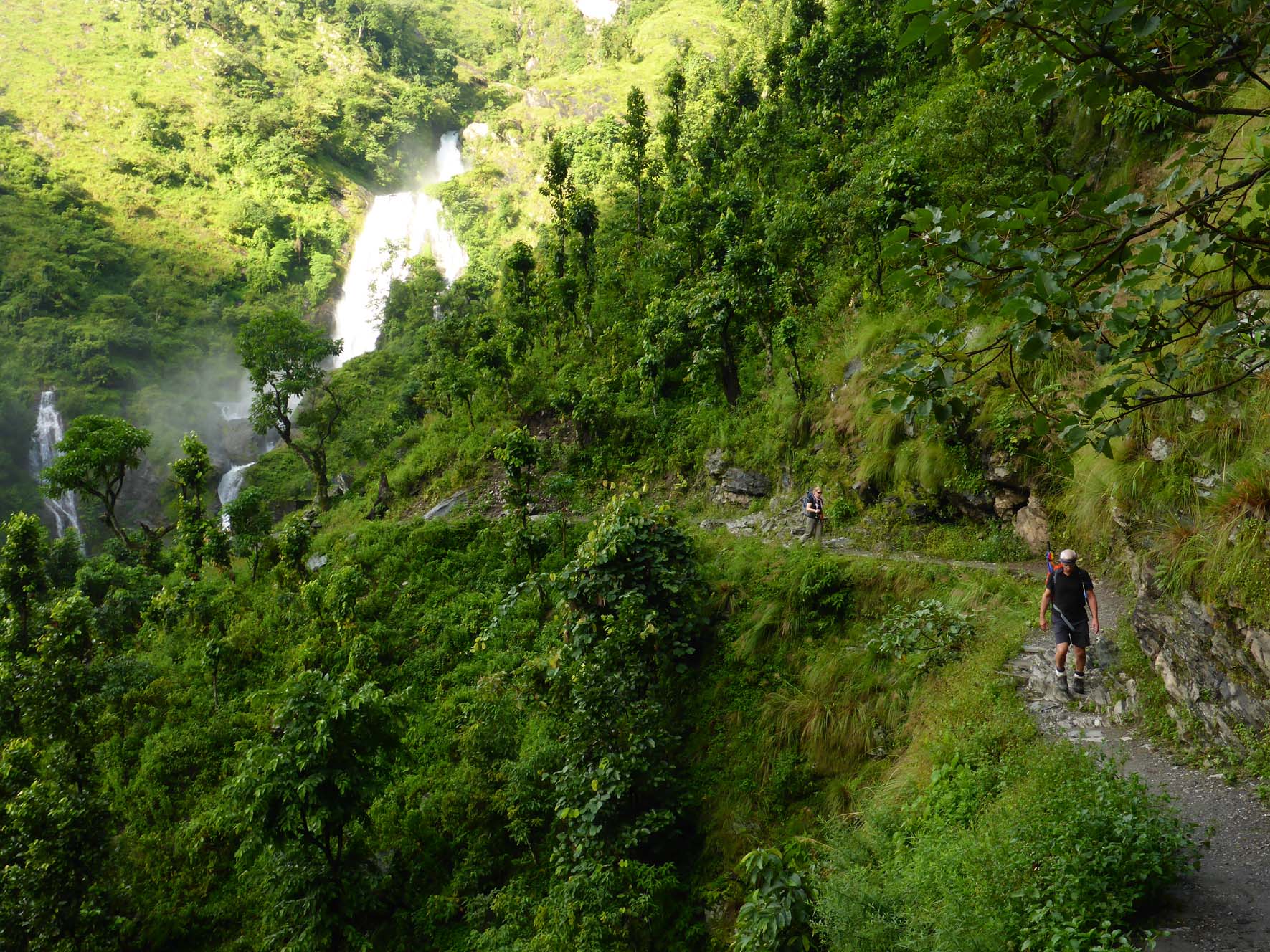 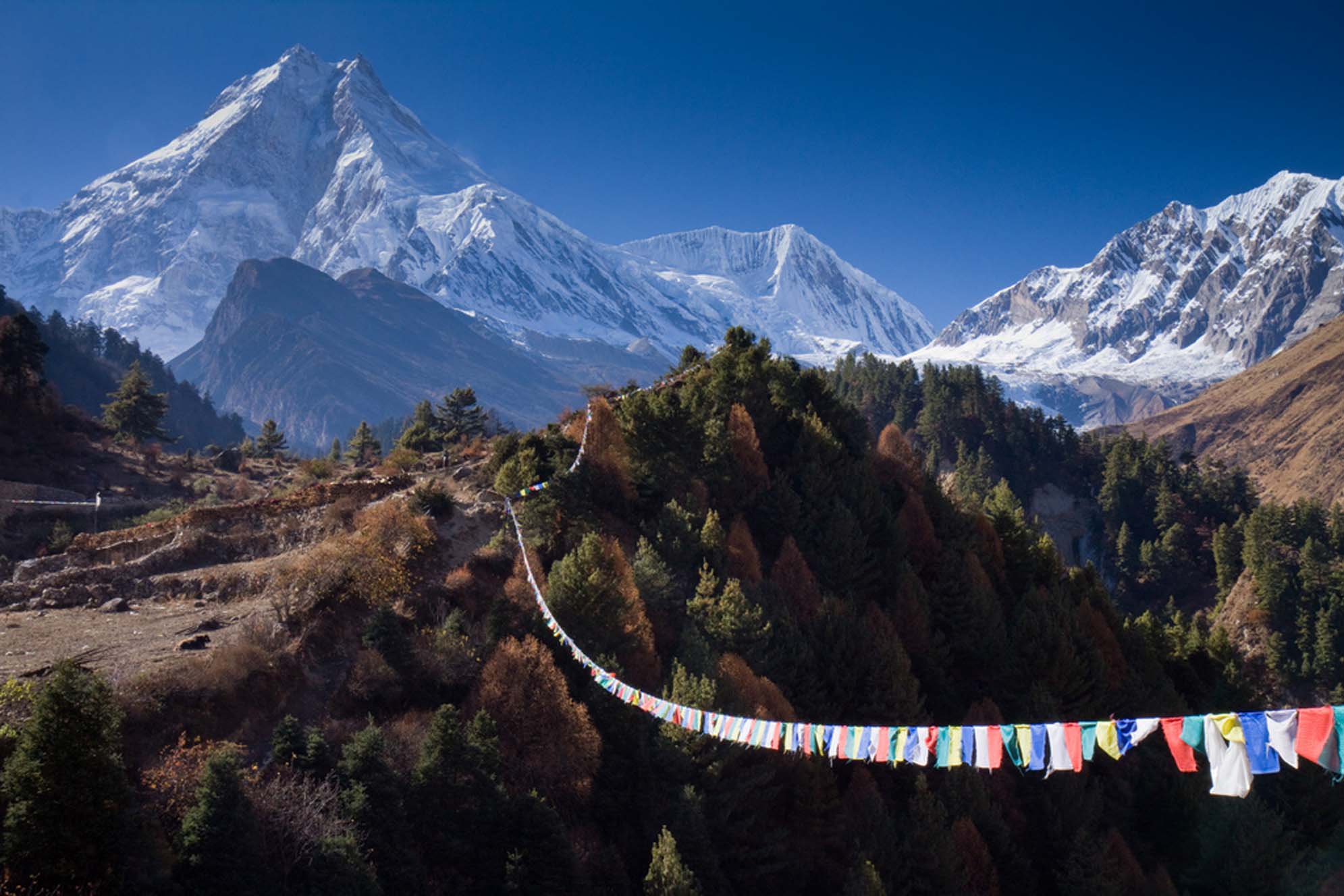 On our return we hatched the plan to make our trek to the Manaslu base camp an expedition in its own right, so you too can now experience why it’s so special.